Unique antiquities have been uncovered at the Venizelos metro station currently under construction! During the excavations of the site, two main arterial streets, the decumanus maximus and the cardo, have come to light along with the monumental tetrapylon at their intersection, the shops surrounding them, part of a square and many more buildings dating from the 4th-9th century AD. The total area of the site which has been discovered is 1500sqm. These antiquities the structure of the Late Roman/Byzantine city and the vitally important role that Thessaloniki played as a political and cultural center during these centuries. Nothing comparable haw been discovered in any city with a similar past, not even in Constantinople itself.

The archeological site where these antiquities now stand is in danger of losing its authenticity and integrity! In March 2020, the Ministry of Culture adopted a Ministerial Decision which approved Attiko Metro’s request made in autumn 2019 for the antiquities to be removed while the station is under construction and then returned. The Ministry accepted Attiko Metro’s claim it would be impossible to construct the station with the antiquities in situ. The Convention of Vallette and Greek law, both provide for preservation of archaeological finds in situ if this is possible.

ELLET has been working closely with its Thessaloniki Branch since 2013 to save this unique archeological site. Together with the Christian Archaeological Society, it appealed to the Council of State for annulment of the Ministerial Decision. The vast majority of the scientific community in Greece and abroad, as well as international organisations and many citizens, support ELLET in taking this stance. Four more bodies submitted two similar appeals for annulment.

The Board of Europa Nostra, in particular unanimously decided at its 16/11/2020 meeting to “appeal again to the Greek authorities and the competent EU institutions to observe the relevant international and European conventions, recommendations and best practices… to ensure the exceptional antiquities in Thessaloniki are preserved in situ”.

ELLET’s Board has visited the site twice and has investigated all aspects of the problem. It is absolutely convinced that it is possible to build the station without removing the antiquities, using a method which is safe for the employees, the antiquities and the operation of the metro and which does not impose either a delay or a financial burden of the project. This proposal will save a unique archaeological site something which will be of huge benefit to Thessaloniki and to scientific research 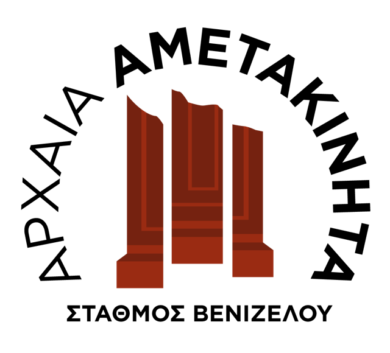 Athens - Program SOS For the restoration of the abandoned emblematic Garden.
All actions
MAKE A DONATION