The Hague/Brussels, 25 February 2022 – Europa Nostra, the European Voice of Civil Society committed to Cultural Heritage, strongly condemns the brutal invasion by Russia’s army of Ukraine, an independent and sovereign European country, in flagrant breach of established international law and order. We mourn human losses and stand firmly with the citizens of Ukraine who are today faced with suffering and hardship. In unison with many voices from a democratic world, Europa Nostra therefore calls for an immediate end to this unacceptable act of aggression and for the restoration of peace in Europe.

This is the time when we must recall that the entire European project is based on a series of fundamental values: the values of peace, respect of human rights, democracy, rule of law and respect for our shared history and cultural heritage. Russia’s invasion of Ukraine represents the negation of these values and therefore should be understood as an attack on all of us who cherish these values. They result from lessons that our continent, including Ukraine and Russia, learnt the hard way over centuries, during the darkest hours of our shared history. This is why we must not allow that the demons of the past take over our Europe and our Planet.

We are aware of the anti-war demonstrations organised in various cities in Russia and applaud citizens and civil society organisations in Russia who speak up against the decision of Russia’s current political and military leaders to invade a neighbouring country. This requires an admirable act of courage since a government that has no regard for the rights of others also has no respect for the fundamental rights and freedom of its own people. Yet, Russia’s future cannot be built outside or against Europe, but with Europe, of which its citizens remain an integral part, due to their history and culture which they share with other countries and communities in Europe. However difficult it might sound today, we must use our shared cultural heritage – with all its diversities and specificities – as a solid bridge to heal wounds or any resentments and promote the sense of togetherness instead of using it as a “weapon” for divisions, manipulations and hatred, leading to war, pain and destruction.

Mindful of the serious threats to cultural heritage by ongoing military operations in Ukraine, we endorse the calls already issued by UNESCO, ICOMOS and ICOM for full respect for international humanitarian law, notably the 1954 Hague Convention for the Protection of Cultural Property in the Event of Armed Conflict and its two (1954 and 1999) Protocols, to ensure the prevention of damage to cultural heritage in all its forms as well as for full respect of the 1972 UNESCO World Heritage Convention and the 2003 UNESCO Convention for the Safeguarding of the Intangible Cultural Heritage. We also endorse the calls against any illegal smuggling of Ukraine cultural materials, which are protected under UNESCO Convention on the Means of Prohibiting and Preventing the Illicit Import, Export and Transfer of Ownership of Cultural Property, and the 1995 UNIDROIT Convention on Stolen or Illegally Exported Cultural Objects.

We stand ready to work actively with our many international and European partners as well as with our members and other heritage stakeholders in the region and beyond to provide any necessary assistance to our fellow Europeans in Ukraine. We shall do this for the benefit of the safeguard of their lives and their rich cultural heritage (including 7 sites inscribed on the World Heritage List, such as the Saint-Sophia Cathedral and related monastic buildings in Kiev and the ensemble of the historic center of Lviv) which is an integral part of Europe’s shared cultural heritage but is today gravely endangered by Russia’s invasion. We also stand in solidarity with all those in Russia, who are calling for the end of this aggression. 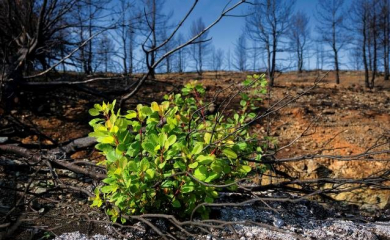